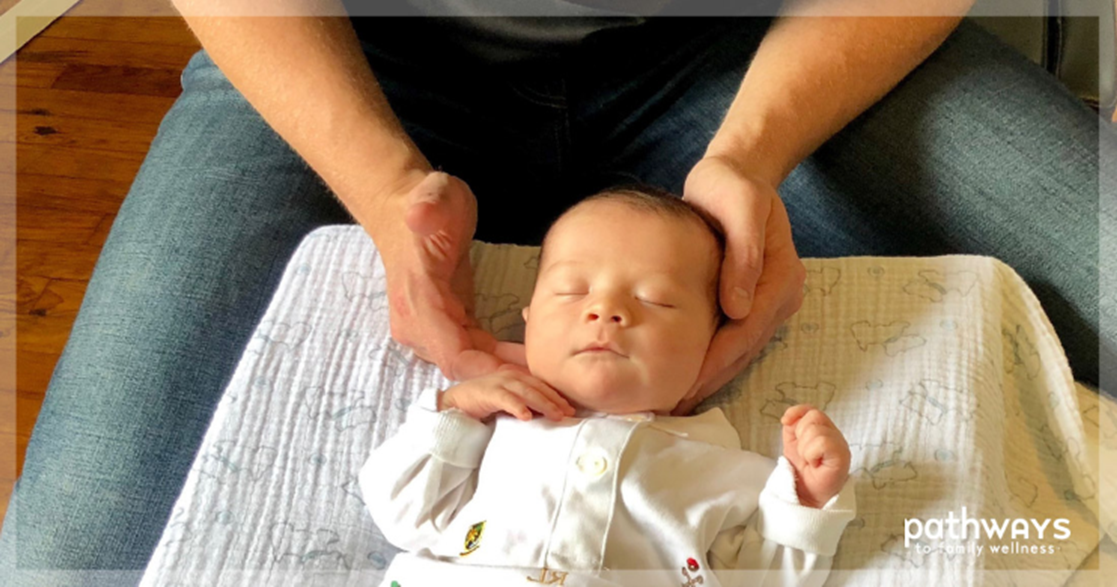 In a typical C-section, a small incision is made in the mom’s abdomen and the doctor, hands around baby’s neck, pulls upward and maneuvers the baby out. This is how one out of every three babies in the United States enters the world. This is how Owen, a young boy who was brought to my practice, was born. Contrary to the perception that a mom’s belly unzips and the baby floats out on a cloud, cesareans pose real physical trauma to a baby’s spine. Those traction forces are experienced by the baby in most births, vaginal or cesarean, and cause a subtle shift in the top bone of the neck. That shift in the spinal bone can interfere with the nervous system and disrupt normal childhood development. This neurobiomechanical dysfunction, what chiropractors refer to as vertebral subluxation, can contribute to many of the concerns new parents have for their children—comfort, sleep, digestion, immune system, coordination, and, in Owen’s case, breastfeeding.

After birth, Owen and his mom, Ivy, couldn’t establish a normal latch. It was painful, inconsistent, and ineffective. Despite Owen seeing the neonatologist, pediatrician, several lactation consultants, and a pediatric dentist who released four tongue and lip ties, no one could explain why he struggled to breastfeed. One of the lactation consultants instructed Ivy to give up, that Owen’s anatomy would make a normal latch impossible. “It broke my heart,” she said, resigning herself to pumping and bottle-feeding, thinking nothing would make a difference.

When all seemed lost, Ivy tried chiropractic. An evaluation revealed a vertebral subluxation at the top of Owen’s neck, restricting his ability to turn his head and engage the breasts symmetrically, open his mouth sufficiently, and develop an effective sucking and swallowing pattern. Owen melted into the table during the adjustment, which was a gentle pressure to correct the subluxation, reduce the adverse nervous system tension, and let him finally move in a way that allowed him to latch.

A few hours after his first adjustment, Ivy sent the following text: “I just wanted to say thank you. We just got home and Owen nursed for 30 minutes...I can hardly believe it. I’ve cried for a week unable to provide for my babe; I’m so thankful! Whatever we are doing to him, it’s working.”

Two weeks later Owen is nursing undisturbed: no more pain, no more pumping, no more bottles. Ivy replaced the tears of frustration with those of joy, and feelings of failure with the incredible connection and bond of breastfeeding. “Never give up,” she encouraged. “Breastfeeding can be hard, but you should definitely try chiropractic after birth, before they have to go through what I went through.”

The importance of breastfeeding for physical and emotional health is well documented and generally accepted by the medical community. While many hospitals and doctors’ offices have taken steps toward increasing breastfeeding rates, for some moms they may be missing one key aspect—chiropractic. Every provider who works with pregnant women and children—OB/GYNs, midwives, perinatologists, pediatricians, neonatologists, lactation consultants, doulas, dentists, and others—needs to understand that birth is physically stressful and chiropractic offers a safe, gentle, and effective approach to helping mom and baby navigate the transition from pregnancy to birth and beyond.

Find a Chiropractor Near You

Be the first to hear about upcoming seminar locations, latest ICPA research and more.

This site uses cookies and other tracking technologies to assist with navigation and user experiences. See our Privacy Policy to get more information on how your data is used.